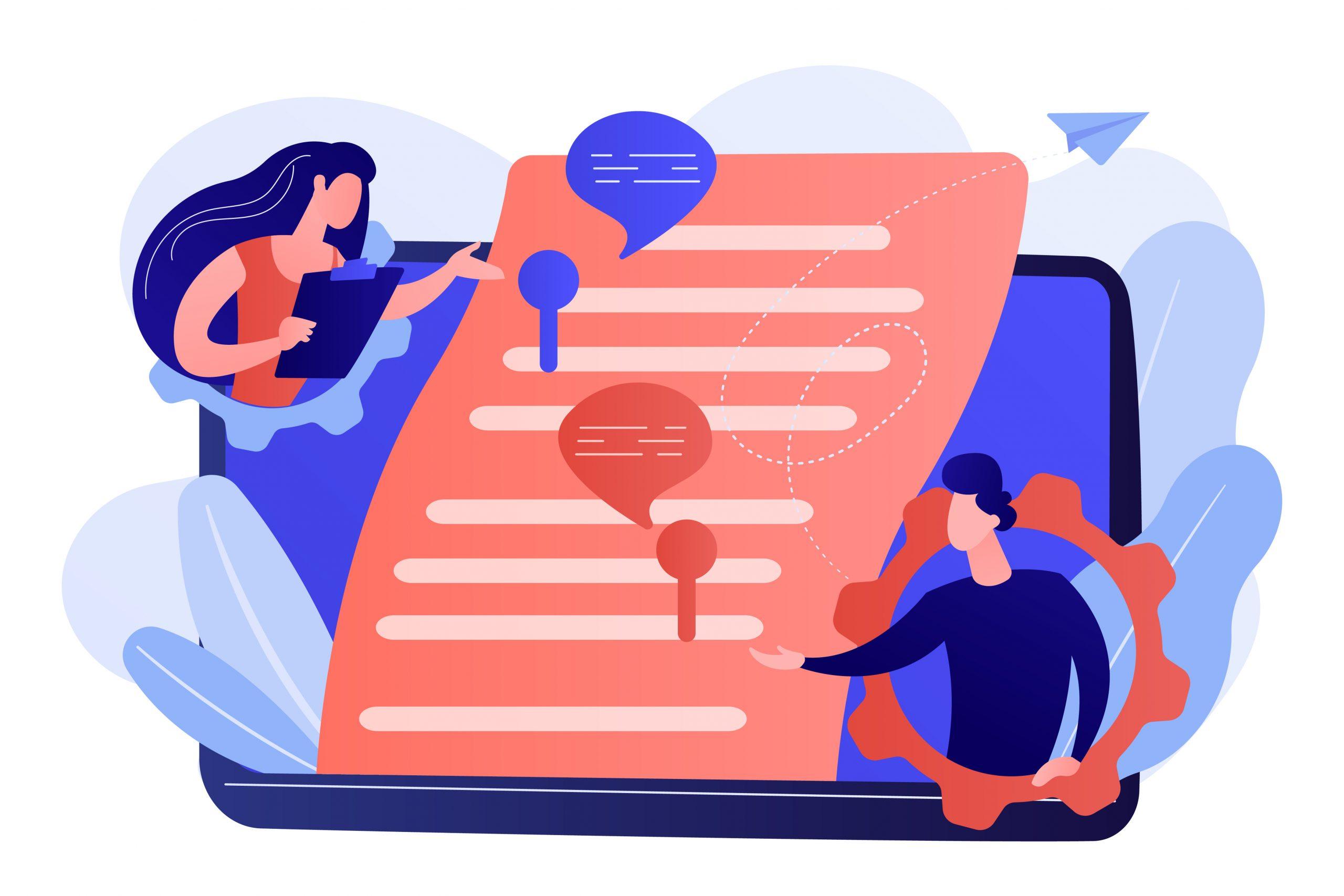 Every program has a database. It’s where you store all the information necessary for your software to perform its operations. In this article, we’re going to explore one of the most common types of databases — a relational database.

Before we explain what “relational” means, let’s brush up on the basics: what is a database? It’s pretty simple. A database is a collection of data saved in an appropriate format. The format in which your data is saved determines how you can access that data.

Depending on the application, data is saved differently, and the way data is written has an impact on the performance of individual operations (writing, reading, deleting and modifying data). If you want to know more about data engineering visit our data engineering consultancy.

There are many types of databases, and the relational database is a very popular one.

What Is a Relational Database?

The term “relational database” was first introduced in 1970 by Dr. Edgar Ted Codd of IBM.

In a relational database, you (as the user) configure the relationships you want, and information is stored and retrieved according to your configuration. In this model, data is stored in simple linear files, which are called “relations” or “tables”. 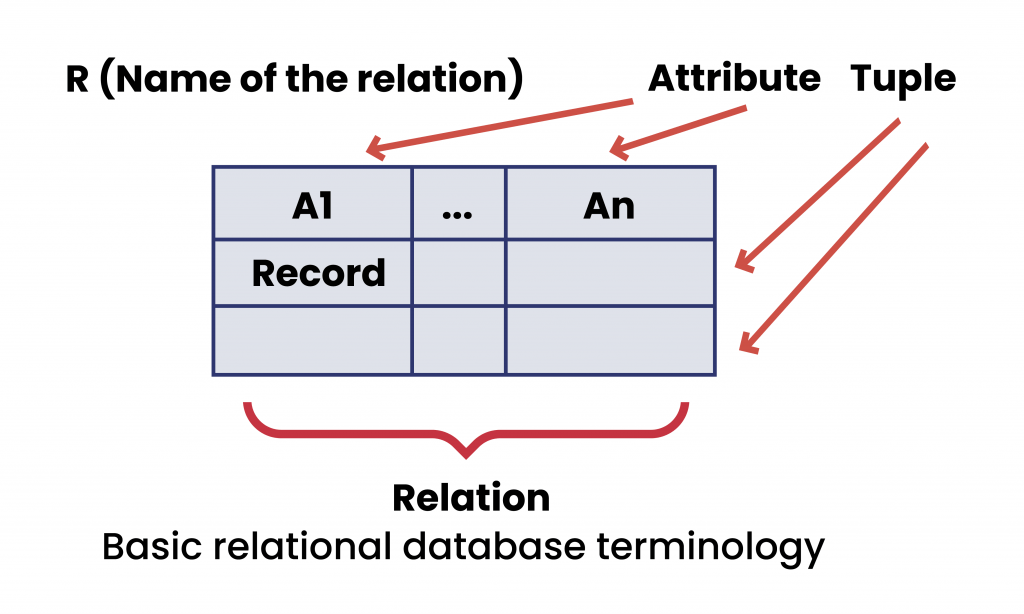 The relational model introduced SQL (Structured Query Language), which is the main language used to access and modify data in databases.

The Basics of Relational Database Implementation

Databases have different implementations. They also differ in the version of SQL they support. Although there’s a standard that describes the SQL language, there are some slight differences between the SQL supported by individual databases. The different versions of SQL are called dialects.

The basic operating unit of the SQL language is a query. There are three basic types of data search queries (these are what’s known as select queries):

The query pattern is shown below: 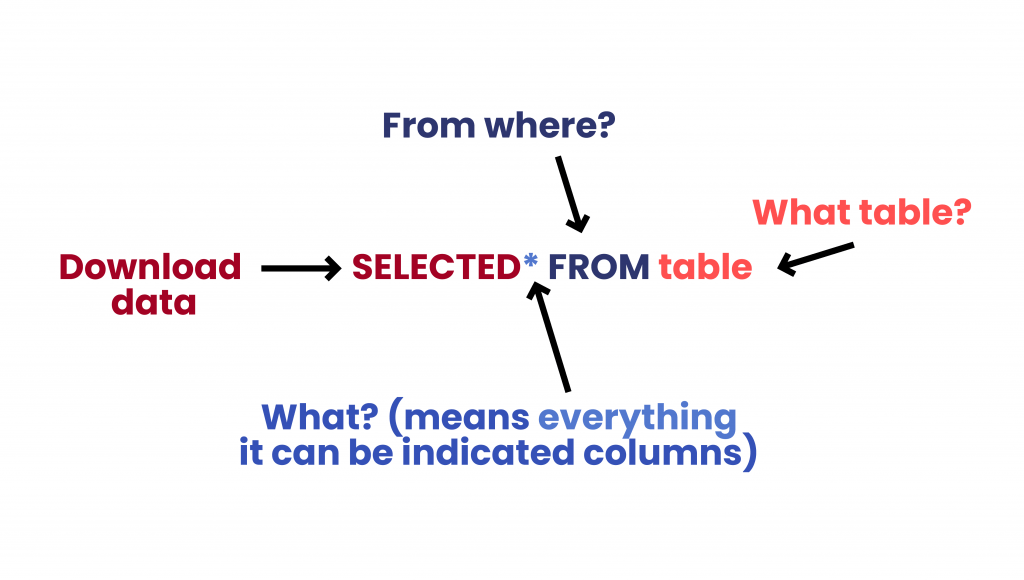 Even though relational databases have existed since the 1970s, the advantages of the relational model have made it the most widely accepted database model until this day, and it’s probably going to stay that way in the foreseeable future.

What Do You Need To Consider When Choosing A Relational Database?

An RDBMS provides an interface between users, applications, and the database. A database management system also gives you access to administrative functions for easier management of data storage, access, and performance.

There are several factors that influence the selection of a specific type of database and relational database products. The choice of RDBMS depends on the business needs of the company. If you’re making this choice, you should ask yourself the following questions:

The Main Rules of Relational Databases (And SQL)

Relational databases (as well as their standard, SQL) are based on four simple rules:

1. All data values ​​are based on simple data types.

2. All data in the relational database is presented in the form of two-dimensional tables (called “relations“).

Each table contains zero or more rows (including “tuples”) and one or more columns (“attributes”). Each row is made up of equally arranged columns filled with values, which in turn can be different in each row.

3. After entering data into the database, it’s possible to compare values ​​from different columns, usually also from different tables, and merge rows when their values match. 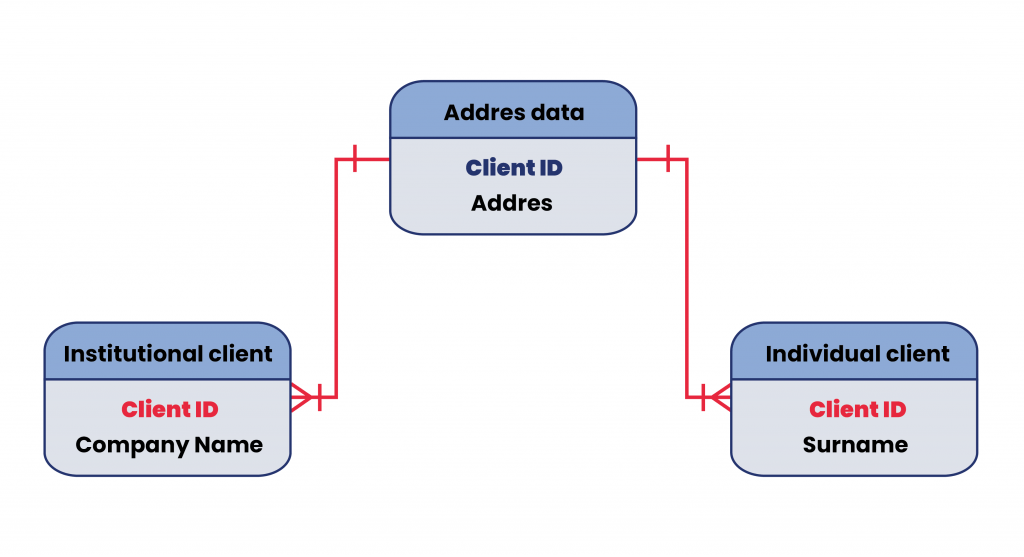 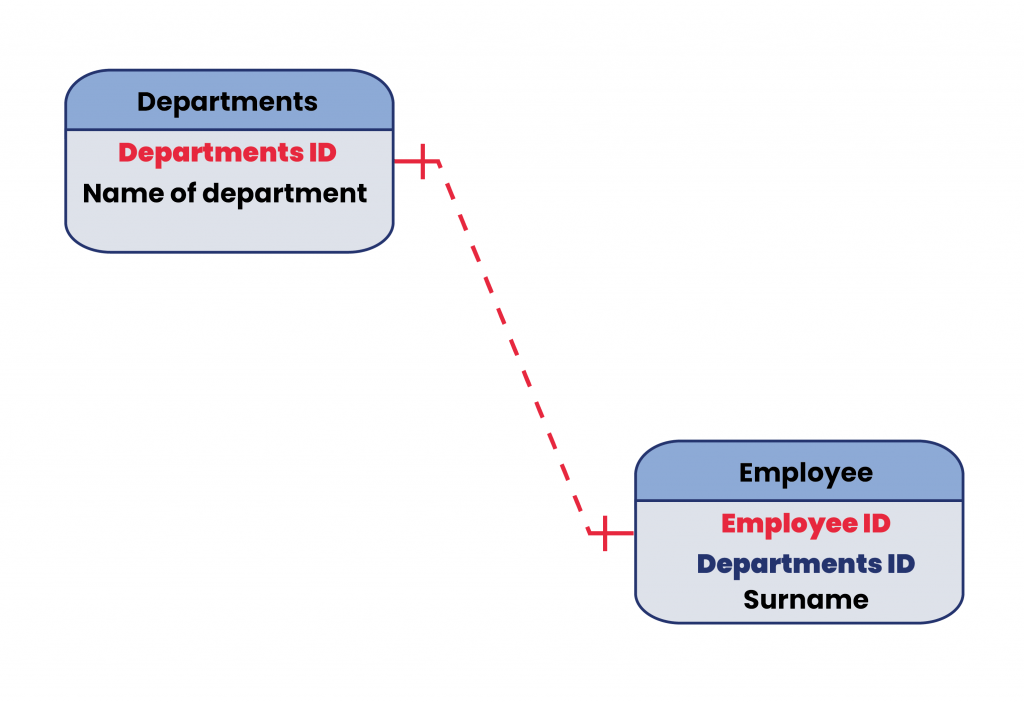 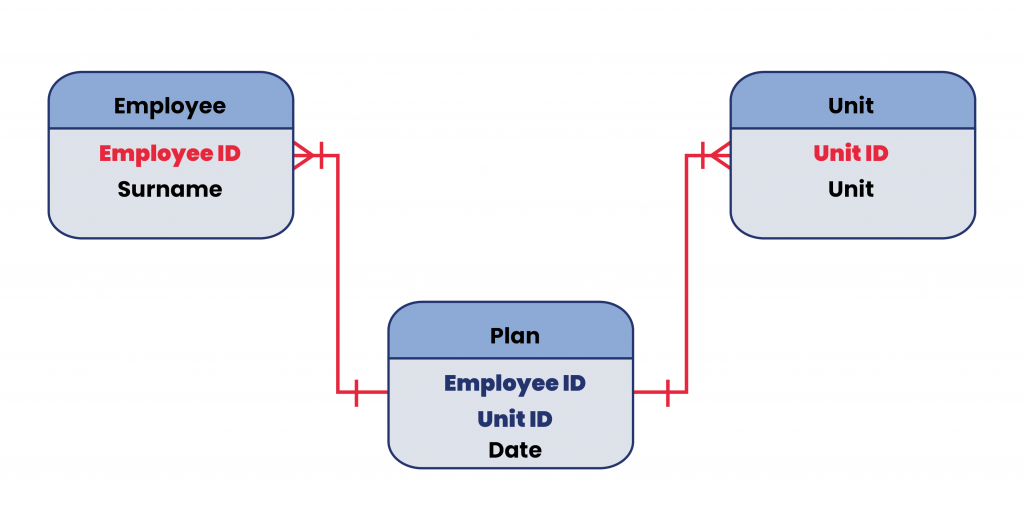 4. Since the row cannot be identified by its position, there need to be one or more unique columns within the entire table, making it possible to find a specific row.

These columns are known as the “primary key” of the table.

To prepare the database, you follow this series of steps:

There are different inherent constraints in relational databases, such as the referential integrity constraint. For example, if you have two tables with a Customer ID row, ID #1 has to exist and be the same in both tables.

5. Data should be normalized

Normalization is about organizing data in such a way that it flows smoothly in, out, and around the database.

It’s a bit like organizing your suitcase for a long vacation. If you just throw everything in there randomly, you’ll have limited space and you’ll waste time digging through all of your belongings in order to find what you need.

But if you organize your suitcase with a few simple rules (for example, fold everything tightly, separate different groups of clothes, etc.), you suddenly have more space and everything is instantly accessible.

In relational databases, these rules are called “normal forms”. They don’t fit all real-world scenarios, but they’re a good benchmark to follow in order to make sure your database is consistent.

Not everyone’s a fan of relational databases. Software developers might not like this type of database, because:

The relational model was invented a year after the moon landing. Some programmers think it’s dated, and prefer to use modern alternatives.

The relational model and SQL language can be tricky

A programmer might not like the relational model or the SQL language. It’s a matter of preferences and project requirements, similar to choosing between Object-Oriented Programming or Functional Programming, or between Python and Ruby. A popular complaint with SQL and relational databases is that it’s difficult to make them do exactly what you want to.

It can become very expensive and difficult to maintain a relational database in a huge project (meaning something like Facebook, or an enterprise big data application). Some modern types of software simply wouldn’t work well with a relational database, which is why many alternatives have been created as a replacement.

There’s a lot of overhead

The relational model is built around a specific structure. It ensures the integrity of your data, but to do so, it forces you to jump over some hoops for simple operations like reading data. If you need a lot of flexibility when it comes to your data (especially if you have inconsistently structured data), you might need to look for an alternative.

When to use relational databases

Here are some basic guidelines when to use relational databases:

There are four types of NoSQL databases:

This type of database is a lot like a dictionary (people actually call them dictionaries, as well as ‘hash tables’). A key is assigned to one, and only one, value in the database, and this is the foundation on which all relationships are built. It’s a simple type of database that scales very well, but it has limited functionality.

Here, you don’t have tables. You have nodes and connections between them, where both nodes and connections can also have properties in the form of key-value pairs. The relational database is great if you need to define one relationship. When you have multiple nodes that are interconnected in complex ways, a relational database can’t handle it, and a graph store is much better.

This is like a relational database, only it stores data tables by column, and not by row. Because of this, a column store is great for applications for analytics. They’re good for calculating statistics on a large chunk of individual tables.

This is basically what the name says – a database that stores data in the form of documents (in the XML, JSON, or even PDF format). If your application doesn’t need tabular data, or you need fast in-memory access, a document store might be for you. Each document has its own schema (as opposed to a relational database, where every row in a table has to have the same columns).

Although the relational model is already a mature, 50-year-old technology, there’s still no alternative to replace it in the near future. The database market is developing all the time, and hence, the demand for database specialists is growing.

Modern organizations use databases not only to store data and execute transactions but also to analyze data. With databases and other processing and business intelligence tools, organizations can use the collected data to operate more efficiently, make better decisions, and improve flexibility and scalability.

When you’re creating a database for your project, choosing the right data model is a critical long-term decision. If you’re looking for support, we can help you make the right choice to ensure proper performance of your application at a reasonable cost.

Why should you choose a data lake solution for your data storage? 1 December 2022

Getting started with ELK in Python 27 October 2022